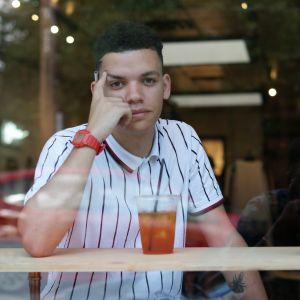 Devyn Springer is a Communications Associate with ReThink’s Rights & Inclusion Collaborative. As a cultural worker, they have written for over two dozen publications, developed political education materials with several organizations, produced for two news shows, held two independent art exhibitions, and can proudly say they own a copy of every Mariah Carey album on vinyl. In 2020 they executive produced the documentary "Parchman Prison: Pain & Protest." They have published peer-reviewed research on Black Cuban organizing and culture, and historical-biographical work covering the life and activism of Guyanese activist Walter Rodney. They are the host of the Groundings podcast which, with the help of the Walter Rodney Foundation, aims to deliver accessible and relevant political education to listeners. As a community organizer they have worked with various collectives to amplify the needs of incarcerated individuals, including political prisoners, through a number of initiatives and direct mutual aid. In 2015 they helped create Docs Not Glocks, a research initiative that examined the intersection of mental health with police violence against Black people. They have also led a number of campaigns against police, police violence, and state surveillance of Muslim communities, supported campaigns to protect Black TLGBQ communities, and co-founded ASERE, an extension group of the Red Barrial Afrodescendiente that seeks to bring material solidarity to Black Cubans.