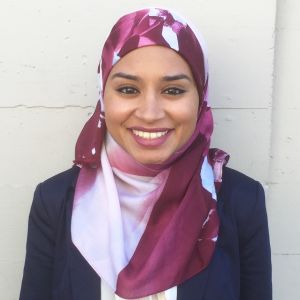 Firdaus Arastu is the Associate Director of the Rights and Inclusion collaborative, where she works with leading experts, organizations, and creative professionals who advocate for the civil rights and liberties of Black, Arab, Middle Eastern, Muslim, Sikh, and South Asian communities in the U.S. She primarily focuses on supporting creative leaders from Muslim backgrounds in her work to shift media narratives and build the skills and capacity for people from those communities. She has provided strategic communications consulting to over 100 projects, ranging from museum exhibits to theater productions to oral histories, funded by the Building Bridges Program of the Doris Duke Foundation for Islamic Art. An experienced and engaging trainer, with over 6 years of experience designing and leading trainings, she has trained over 800 people across the United States and internationally.

Firdaus earned a B.S. in Psychology and a B.A. in Anthropology from Syracuse University. She researched and co-authored the chapter, “American Muslim Women and Faith-Inspired Activism,” in Feminism and Religion: How Faiths View Women and Their Rights (2016). She provided research assistance for “American Muslims, American Islam, and the American Constitutional Heritage,” published in Religious Freedom in America (2015). In addition to her writing at altMuslimah, her work has been published in Al Jazeera English, Teen Vogue, HuffPost, Patheos, and The Tribune India, and she has been interviewed on See Something Say Something and Justice For All Now. In her spare time, Firdaus enjoys traveling, baking, and gaming.