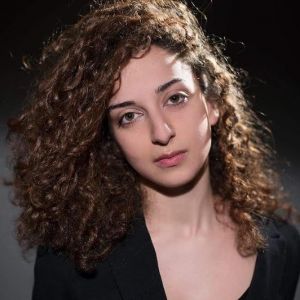 Loubna holds a master's degree from New York University and covered the Syrian war as a photojournalist and freelance writer. She's been published in Time Magazine, The Nation, The New Republic, and The Century Foundation, among others.

In addition to her journalistic and research experience, Loubna has spoken on a wide range of issues from refugees’ rights at the Aspen Ideas Festival to censorship in journalism on a panel held by the Committee for Protecting Journalists at the United Nations. She has also appeared on shows like Democracy Now, BBC World Radio, and Chicago Public Radio. Loubna's work has been supported by fellowships from Magnum Foundation, The Atlantic Media, New America Foundation, and MacDowell. Most recently, she finished her first book under contract with Penguin Random House in the U.S. and Little, Brown in the UK.

In her free time, when she is not cooking or talking about food, Loubna co-organizes and DJs Kousa, one of the Bay Area's biggest Queer SWANA parties. She is an Aquarius Sun, Pisces rising.