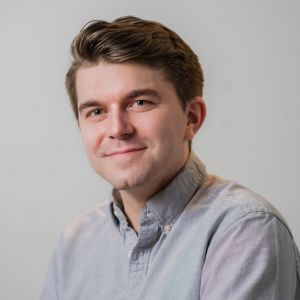 Spencer Olson is the Associate Director for ReThink Media’s Democracy Collaborative. Spencer works closely with a team of communications specialists to support national and state-based efforts around voting rights, money in politics, and fair courts.

Spencer is based in Seattle, WA and spends most of his free weekends in the Cascade Mountains working on a small cabin with his partner. He’s also a big movie buff, board game enthusiast, and avid hiker.