By jumping in, and jumping in strategically, you have the potential of becoming visible to a huge number of people, people who perhaps wouldn’t normally be exposed to your social presence. This is especially critical when your hashtag has a call to action involved, say telling the President (@POTUS) to do something around your issue.

Here’s how Twitter determines what makes a trending topic:

Twitter’s algorithm determines what is trending by favoring sharp spikes rather than gradual sustained growth, data scientist Gilad Lotan has explained. Trends are determined by a combination of volume and how much time it takes to create volume. In other words, one-day growth is trending, while 30 days is just more news.
This distinction (trending isn’t just volume), and the consequences of it, are explored in the Washington Post article, “Why Didn’t #FreddieGray Trend on Twitter?” While the question of this piece is self-evident, the answer is not necessarily what you might expect. Because the number of tweets using the hashtag, #FreddieGrey, built up over time, volume increased at the same rate of traffic. Since there was never a specific “spike” in use of that hashtag, the topic didn’t trend. Rather, the Twitter conversation simply built over time.
As Lotan explores here, a similar phenomenon possibly prevented #OccupyWallStreet from trending in New York in the apex of that movement.

Some additional things to keep in mind when looking at trending topics:

Trending hashtags on Twitter are also subject to potential misspellings, as was the case during the San Bernardino shootings. Both the correct (San Bernardino) and incorrect (San Bernadino) spellings were being used in the Twitter conversation. This can split volume and traffic affecting whether a topic trends or for how long.
Additionally, what trends for you doesn’t necessarily trend for the person sitting next to you. Most Twitter users see trends tailored to them, via their location and who they follow. You cannot see what’s trending in another city until you change your personal settings to match the desired city or monitor what’s trending nationwide.
It can be helpful to toggle your trending preferences from “tailored to you” to your city, and even to the U.S. to see which conversations are dominating in different localities. You can do this by clicking “change” next to your trending section on Twitter. The window that pops up will let you change your city, or choose “United States” to see what’s trending nationally.

Tips to get your topic trending:

What to keep in mind when proactively pushing a hashtag:

If your goal is to get a hashtag trending in a digital campaign, it is crucial to keep in mind just how the platforms determine how to elevate a hashtag to “trending.”
For instance, it might make more sense to choose a new hashtag, not an existing campaign hashtag, for an event or particularly timely campaign you would like to get trending (like a Twitterstorm). This is because it would be a new, concentrated spike in use of that hashtag, which would indicate to Facebook and Twitter that this is something that should trend.
If it’s a longer-term, less time-sensitive campaign, it might make sense to use a hashtag that works for a longer period of time, knowing it might be less likely to trend.

Here are some examples of our favorite trending hashtag campaigns:

On the anniversary of the Roe v. Wade decision in 2015, reproductive rights advocates, led by NARAL, used the hashtag #7in10forRoe to underscore the strong public support for women’s choice. As we’ll reference in the public opinion posts to come on this blog, everyone likes to be part of the winning team. By defining the majority position you implicitly, but powerfully, encourage those who are on the sidelines to join your effort.

And since it was a one-day campaign on the date of the anniversary, the hashtag quickly began to trend, and stayed trending all day. 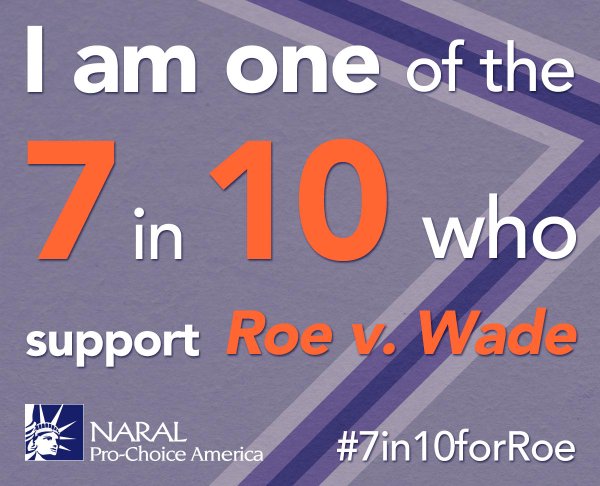 Had the reproductive rights movement coordinated less on the hashtag, it would likely have been less successful. If some people used the #RoeVWade hashtag or others used #ProChoice, it would have diluted the message from the anniversary. But since the movement agreed on the one, it performed well and stayed top of mind for Twitter users all day.

To pressure President Obama to pass an executive order requiring publicly traded companies to disclose their political spending, campaign finance advocates used the hashtag #BetterPolitics – choosing the President’s own words from his State of the Union address – in a Twitter town hall calling for the reforms.
In the Twitter town hall, leading campaign finance experts joined Paul Blumenthal, a money in politics reporter from the Huffington Post, to talk about the executive order and how it would affect companies and elections going forward. 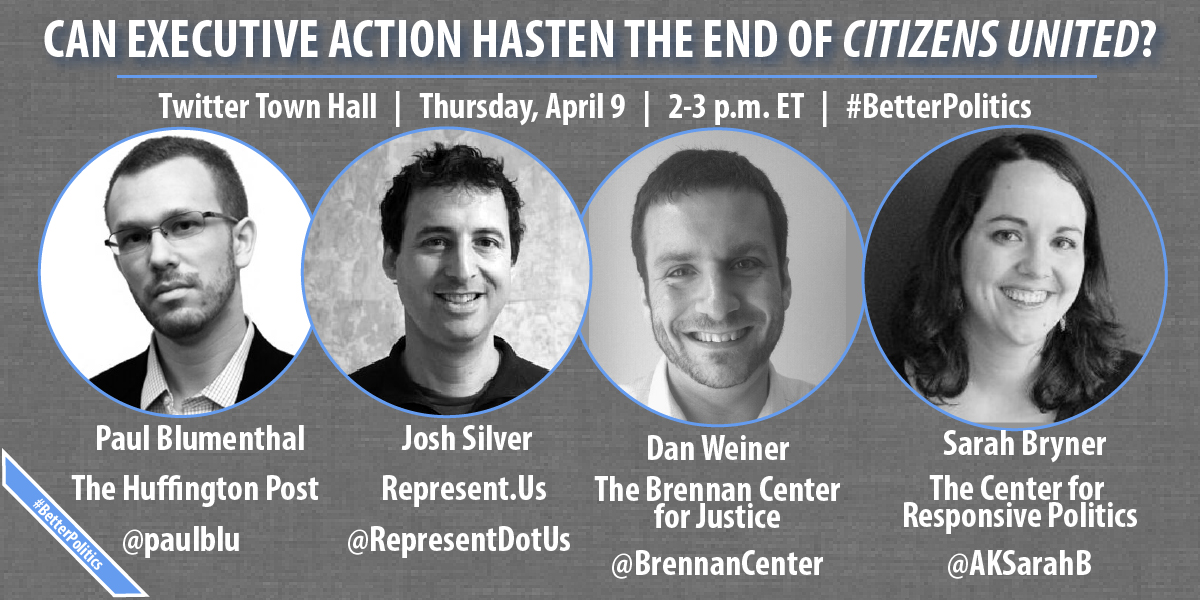 ReThink Media, during that time, also sent out existing graphics calling on the President to act, while including the hashtag #BetterPolitics.
And then the trolls showed up. Those opposing campaign finance reforms started weighing in on the Twitter town hall, but weren’t too much of a distraction. What they did do, however, was bring even more volume to the #BetterPolitics hashtag at that time, helping it to trend.
And before the hour-long Twitter town hall was over, #BetterPolitics was trending nationally, bringing even more attention and people to the conversation calling for an executive order.
What are your favorite examples of trending hashtags in advocacy campaigns?
Sarah Needle, former ReThink Media Digital Intern