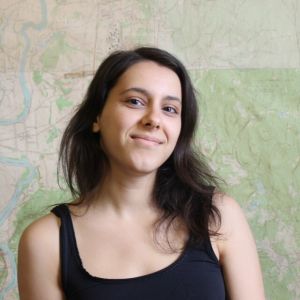 Every day it seems like there’s a new social media trend to follow. New platforms like TikTok and Clubhouse are changing the game, while other traditional apps, like Instagram, are changing in their own ways (Instagram recently announced a historic shift from being a photo-based app to primarily favoring videos in the feed).

It can be difficult to assess what new social strategies your organization should deploy to maximize reach and engagement online, but it doesn’t have to be complicated. Even small steps towards experimentation with new social features, like Twitter Spaces, can help your organization engage with existing supporters in new and creative ways, while also reaching new audiences.

If you’ve never heard of Twitter Spaces before, don’t worry. You’re not alone. Spaces is a relatively new feature that launched in November 2020, but until recently, its use was limited to accounts with more than 600 followers. Now, any account can utilize Twitter Spaces to host audio-based chat rooms. Think of Spaces like real-time podcasts, with listener participation. Put another way, a Space is a live audio chat streamed through the Twitter app (both mobile and desktop).

The idea for Twitter Spaces was cribbed from Clubhouse, a social platform that solely focuses on the same type of real-time conversations and chat rooms. But Spaces offer an added benefit—you don’t have to start from scratch on a new social platform. You can repurpose your existing Twitter account to use the Spaces feature. For a handy guide on how to use Twitter Spaces, check out this resource.

1. Interact with journalists and experts

For advocacy organizations, getting the attention of journalists and other experts in your field can be a top priority. By utilizing Spaces, you can speak to your target audiences and supporters, while also making connections with well-known reporters, journalists, and academics.

The main benefit of using Twitter Spaces as opposed to something like Clubhouse or Zoom, is that any user with a Twitter account—including all elected officials, most journalists, and plenty of thought leaders like Robert Reich and Naomi Klein—can join your Space by simply tapping a button. Verified accounts also help lend more credibility to your Space, so prioritize reaching out to Twitter users with established profiles and asking them to join.

If you have users with large Twitter followings join the Space, all of their (thousands of) followers will then see your Space at the top of their Twitter feed, allowing more users to easily listen in (and participate!) in the conversation.

Here is a preview of what the Twitter Spaces icon looks like on mobile. The purple circles at the top represent Spaces; simply tap on the purple circle to join.

There’s never a dull moment in our current political landscape, and Spaces provide a new way to engage with your existing supporters and mobilize them around rapid-response moments.

Think through what your organizational goals are and how Spaces can help: do you have a day-of-action coming up? A big phone bank encouraging activists to call their legislators? These are all great opportunities to interact with your current (and future) supporters in a grassroots, organic way—and maybe collaborate with other organizations and experts at the same time.

Did a bill you supported just pass through the legislature? Host a strategy conversation to talk through the next steps in your organization’s campaign, and invite participants to ask questions and get involved.

Did your organization just release a bombshell new report? Organize a Twitter Space to discuss the findings with your supporters and experts in the field. Then, pivot to a call to action and give participants a way to get involved with your organization (for example, you can encourage participants to help spread the word about your brand new report on social media). If a journalist joins the Twitter Space, the chance of your report getting covered by top-tier outlets increases!

Twitter Spaces are relatively straightforward, but one feature worth highlighting is the ability to broadcast tweets directly onto the Space. If you’re a co-host, head over to your profile and find the tweet you want to share. Tap on the share icon and choose the “Space” option.

The tweet will then appear at the top of your Space so every participant can see and interact with the post.

Use this feature to uplift important content, like a new video or report, so it can get the maximum amount of attention and coverage.

Note: Only co-hosts have the ability to share Tweets in the Space.

4. Always prepare ahead of time

If you have a large following on Twitter, or simply want to be cautious when using your organization’s account, start out with a few test rounds to get a feel for how to use all of the new features on Twitter Spaces.

Start out by hosting a Space on a personal Twitter account to make sure you’re fully comfortable with every aspect of the platform before hosting one on your organization’s account. Pay attention to your audio quality and Internet connection especially—while you don’t need fancy audio gear to host a Space, it’s worth using a microphone if you have access to one.

Once you’ve cracked the code on the technological aspects, prepare for your next Space by crafting an agenda, talking points, and questions to help guide your conversation forward. When you’re just starting out, it may be useful to run through the discussion items with your co-hosts ahead of the event in order to sync up with one another. Preparation ahead of time will help avoid awkward silences and facilitate smooth transitions, making the conversation flow more naturally and better engage your audience. You should also set up a group chat with the other co-host and facilitators to ensure you have a clear communication channel for logistics and other questions that come up during the Space.

Last but not least, make sure to promote your Space ahead of time in order to get the maximum amount of attendees. Ideally, your organization should send an invite via email to your supporters a couple of days before the event. Then, post one to two social media posts in the lead-up to the event, including one social media post the day of the event. This will help ensure your supporters know you’re hosting a Space, and have plenty of time to share the information with their networks.

All participants start off muted, and have to ask the hosts for permission to unmute. This is where you’ll need to moderate the conversation. You won’t be able to predict what the participant will say once they are unmuted, so it helps to have a co-host solely focused on vetting participants.

This co-host should ensure any participant who wants to unmute and join the conversation has a legitimate account and will contribute in productive ways to the conversation. A quick scroll through a user’s Twitter timeline can help you vet participants before they unmute.

Ideally, your Twitter Space has two co-hosts, and a few designated speakers. The roles can be split in the following way:

Ultimately the amount of co-hosts, speakers, and their specific roles is dependent on the needs of your organization. But feel free to use this format as a jumping point until you become more familiar with the platform.

DemCast, a member of the Declaration for American Democracy coalition (DFAD), has been experimenting with Twitter Spaces and has seen huge success already.

DemCast has hosted two Twitter Spaces so far to advocate for the Freedom to Vote Act and the John Lewis Voting Rights Advancement Act. Combined, both Spaces had more than 370+ participants join the conversation, including five different journalists from CNN, BuzzFeed, MSNBC, and other prominent outlets.

One of their Spaces lasted for more than an hour and 45 minutes, and participants were very interactive and engaged, asking a multitude of questions related to the future of the John Lewis Voting Rights Advancement Act.

Kudos to DemCast for being pioneers in how advocacy organizations use Twitter Spaces!

DemCast is an advocacy organization that seeks to cultivate & maximize the impact of grassroots digital media in order to win blue electoral and policy victories. Learn more about their work here.