Advancing the rights of individuals to be free from discrimination, anti-Muslim prejudice, racial and religious profiling, and unwarranted surveillance and suspicion is vital to building an inclusive and representative democracy. Our Rights and Inclusion team works with Muslim, Arab, Sikh, and South Asian American communities across the country, with U.S.-based Muslim and non-Muslim allies promoting cultural equity and inclusion in the arts, and with allies opposing anti-Muslim prejudice, including interfaith, business, civic, and veteran’s groups.

Our partners and programs include:

The Democracy Fund Voice supports ReThink's work with the Collaborative to combat political fear mongering in our public discourse. This includes our work to develop and deploy new messaging strategies for the American Muslim community and working to strengthen and inform the media engagement of allies opposing anti-Muslim prejudice from a range of interfaith, business, civic, veteran’s, and other voices.

Doris Duke Foundation for Islamic Art and the Building Bridges Program engages U.S.-based Muslim and non-Muslim populations in arts- and culture-based experiences that advance relationships and understanding toward a more just civil society and greater well-being among people. ReThink Media's partnership with the Building Bridges program includes providing strategic communications support and building the media and communications capacity of the awardees of the program.

The Security and Rights collaborative (SRC), is a grantmaking program supporting a diverse field of organizations working to address profiling, discrimination, hate crimes, anti-Muslim bigotry, and xenophobia. The SRC, in partnership with ReThink, launched an initiative to shift the narrative and to build the strategic media and communications capacity of organizations representing Muslim, Arab, and South Asian (MASA) communities across the United States with the aim to protect rights, and advance policy reform.

In 2017, with the support of all of our partners, ReThink Media launched the 8.5 Million (eightpointfivemillion.org) speakers bureau to address the lack of representation of Muslim, Arab, and South Asian American spokespeople and communities in the media. 8.5 Million provides journalists, producers, and bookers, an accessible Rolodex of media-trained spokespeople on a broad range of issues beyond just Islam, Muslims, or nations of origin in subjects as varied as the arts, national security, healthcare, domestic violence, and pop culture.

The Rights and Inclusion team

Working with all of our teams is a core staff that directs its specialized skills evenly across each effort. The core team includes a veteran of broad, overarching issue-mapping; a lead campaign strategist; a specialist in digital media strategies; an experienced public opinion and media analyst; and an administrator who holds it all together. Learn more about our core team. 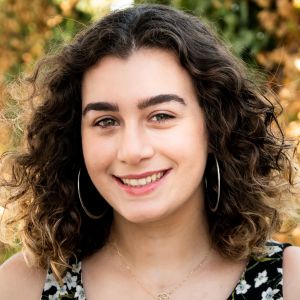