10 Gender Traps in Communications—And How to Escape Them 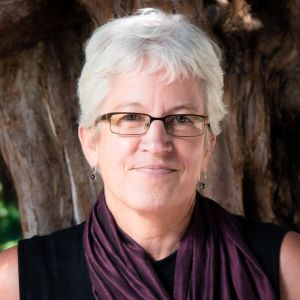 Lynn Fahselt
Co-Founder & Executive Director
Mar 8, 2021
When it comes to building a more representative, just, and equitable society, it matters who gets quoted, heard, promoted, and elected

When it comes to building a more representative, just, and equitable society, it matters who gets quoted, heard, promoted, and elected—not just in a designated history month but year-round.

In our work to diversify the voices and experts who appear in the media, we refer to this as "voiceshare." And when it comes to voiceshare, our research and media analysis reveal a significant and pervasive gender disparity across all ethnicities and across most of the issues we address. This disparity shows up in the authorship of op-ed placements, in the spokespeople chosen for broadcast interviews, and in the composition of expert panels.

And if breaking into news coverage and achieving equality in our voiceshare wasn’t hard enough, the societal norms we have been raised under further undermine our efforts as women to speak up. They encourage us instead to soften our approach to be more likable. To tone our messages down so that we don’t come off as angry. And they convince us, in myriad subtle and not so subtle ways, that we are not qualified to speak on the subject at hand (whatever it is).

Just how powerful and pervasive are these gendered social norms? In one of our recent week-long media and spokesperson training for mid-career women, we asked each of the 20-plus participants to list her top challenges and fears in developing her skills as an expert and spokesperson. Impost(her) syndrome was at the top of the list for most participants, regardless of their impressive credentials.

In this post, we want to pull back the curtain to reveal 10 of the most prominent gendered communications traps that we and those we train struggle with. In this case, I am using "trap" as a euphemism for being lulled into a societal norm or gendered pattern of communications, which feels safe, but which fundamentally diminishes our voice and expertise, undermining our credibility no matter what the subject.

We aim to provide some fool-proof strategies to avoid and escape them—one communications trap at a time.

Scientific studies have debunked the stereotype that women talk more than men—when, on average, they talk the same amount, at about 16,000 words a day. However, this is not the case in meetings and classrooms across the country, where men speak nearly three times as much as women. Let’s change that.

2. Put your opinions out there; don’t qualify them.

How many times have you started or ended your points with comments or qualifiers like these?

As women, society has taught us to cushion our statements politely, and we are often amenable to doing so in case (or for fear of) being wrong. Why? Because stepping up with our opinion or advice is taking a risk. Still, we know for a fact that the more perspectives, experiences, and ideas we bring (and invite) to a discussion or problem, the better equipped we are to come to a better solution—a solution that reflects the broadest diversity of choices and perspectives. These qualifiers devalue our views and experiences and implicitly diminish the weight and trust others assign to them.

You are entitled to your opinion. Your perspective and experience matter. Sometimes people will agree with you. Other times they won’t. A diversity of views is a good thing.

Put your opinions out there. Don’t qualify them.

3. There is a time and place for being polite.

Have you caught yourself or a colleague using any (or all) of the following?

In linguistics, these are called “discourse markers” (“you know,” “so”) or filler pauses (“um,” “er”). Their social or interactional purpose is to be polite. These markers are often an essential part of effective communications. For example, when someone invites you to lunch, instead of bluntly saying no, you politely say, “Um, well, I’m so sorry, but I have another commitment that day.”

These fillers are also critical in speech, as compared to the written word, in making our language more conversational and accessible to others.

However, they are not helpful when someone asks you to share your opinion, experience, or expertise on a subject, such as in an interview or on an expert panel. Overusing fillers in these instances communicates to your audience that you are unsure of what you are saying, diminishing the power of your words, thoughts, and ideas.

Because these fillers are often unconscious and are much more prevalent in our speech, it usually takes either a friend, a blunt critic (they have their place), or listening to a recording of ourselves to recognize how we are using them.

In addressing these fillers, your goal is not to eliminate them. The goal is to be conscious of how often you use them, when they undermine your expertise, and when they aren’t necessary.

Women’s tendency to qualify and apologize unnecessarily is what columnist Alexandra Petri called the “Woman in a Meeting'' language. In a different column, author Nian Hu writes, “While men are able to deliver their opinions and ask their questions in a blunt and straightforward manner, women to often equivocate, apologize, and frame everything they say in vague language.”

Having the self-awareness and humility to apologize and admit when we are wrong is a strength and an invaluable leadership trait. However, many of us have been socialized from a very young age to over-apologize, undermining our credibility and authority.

Here are some tips and tricks for not over-apologizing:

5. Stop interruption in its tracks. 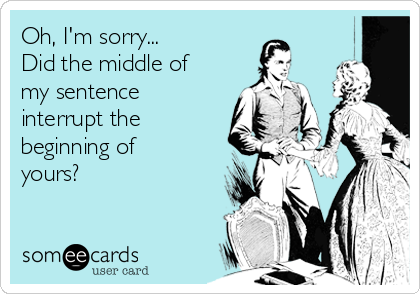 “Oh, I’m sorry, did the middle of my sentence interrupt the beginning of yours?” How good would it feel actually to say that out loud? But… that’s not what we are recommending.

In Madeline Albright’s words, “the combination of being raised to be polite, listen to other people’s ideas, and then this kind of lack of security, ‘Is this something I’m competent to discuss?’ …  We question ourselves much more than men,” she said. “‘Shouldn’t I just wait and not talk initially?’ But if you raise your hand, and you don’t get called on, by the time you do, what you had to say doesn’t make sense anymore. It’s not germane. So I made up this term, active listening—you listen differently if you think you’re going to interrupt.”

Numerous studies show that women are interrupted nearly twice as much as men—by both men and women—and even more for women of color. In one study of male-female pairs, researchers found 48 total interruptions—with men instigating 46 of the 48.

Everyone has different comfort levels with interrupting others or how passive or assertive they are in addressing being interrupted. And we all have a role to play in limiting interruption—you, men, and our institutions.

Here are some things you can try when you are being interrupted:

Here are some things men should do:

Here are some things your institution can do:

Research shows that we expect women to say “yes” and agree to requests more frequently than men. At the same time, women have a tougher time saying no. And when they do say no, many women feel guilty or worry about being perceived as terse. In general, saying yes can be a good thing, but saying no can be just as important. This includes saying no to a speaking engagement that does not center your expertise or further your career or saying no when you tend to overcommit.

Learn to say no:

Can you think of a time in the last year when you said “yes” to something when you wanted to say “no”? How might you respond if a similar situation presented itself again? Could you say no to it? How could you provide context about your decision but be firm about it?

7. Get credit where credit is due.

This one hurts women from both sides: Many women are uncomfortable taking credit (or accepting praise) for their work, downplaying their efforts, or attributing them to “luck.” At the same time, women, particularly in academia, face the challenge of other people taking credit for their work without attribution or confront deep-seated social biases in the workplace that result in them getting less or no credit for their ideas. In a lab study of adults working in teams, researchers found that women who speak up with ideas are far less likely than their male counterparts to gain the respect of the team and to be seen as a leader. Further, “men are given more credit than women even when saying the exact same thing."

In addition to learning to be more comfortable with taking and getting credit (see a few more tips below), the most important way of combating these unconscious biases against women in the workplace is for each individual to step up and ensure that they give credit where credit is due. The author of the study poses a challenge to every man reading it, "to go into your next meeting and see who comes up with ideas and who gets credit for them," Emich said. "I know this was an eye-opening exercise for me—being a man who was previously unaware of the level of bias women face. At first, just observe," he said. "Then, eventually, step up and give credit where credit is due."

Learn to take back credit:

Find a way to join your credit-stealer in celebrating the work—but then make it clear that it was your idea or work. For instance:

Women working in the Obama White House used a strategy they called “amplification” to ensure their voices were heard in meetings full of men. “When a woman made a key point, other women would repeat it, giving credit to its author,” wrote The Washington Post’s Juliet Eilperin. “This forced the men in the room to recognize the contribution — and denied them the chance to claim the idea as their own.” Not only did this strategy work for them, it then went viral, with women across the government (and across the country) sharing how much it has helped them.

Imposter syndrome, self-doubt, and feeling like a fraud are common amongst women, especially in the workplace. Do I really belong there? Are people going to see right through me? Would someone else be better for this opportunity? These are all questions women frequently ask themselves.

But you aren’t alone. 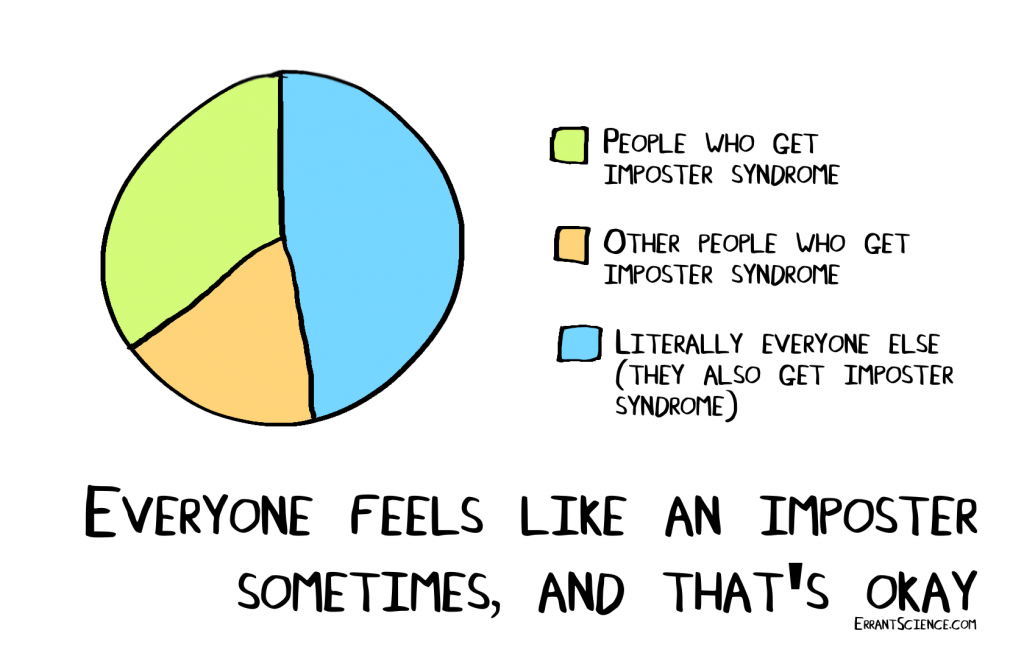 The question is, what can you do about it?

How to overcome your inner impost-her:

As Carol Kinsey Goman, PhD, described, “Men expand into physical space, while women tend to condense their bodies—keeping their elbows to their sides, tightly crossing their legs, stacking their materials in small, neat piles, and contracting their bodies to take up as little space as possible. Men’s expansive posture not only looks more confident, it helps create the corresponding feeling of confidence. By contrast, when a woman’s posture makes her look smaller, it also makes her feel less powerful.”

Here are some ways to do that**:

10. Be aware of your own unconscious biases and correct for them.

You’ll remember from Tip 5 on Stopping Interruption In Its Tracks that women are interrupted twice as much by both men and women. As colleagues and allies, it is incumbent on us to understand that we all have unconscious biases—ingrained prejudices that we may not even be aware of. And that it is not only men that reinforce some of these gender traps, but women too. The more we are aware of and continually challenging our prejudices, the better equipped we are to escape a trap of our own making.

Take a few minutes to jot down which of the 10 gendered communications traps you want to work to address over the next few months—and recruit a friend to help you hold yourself to those goals. 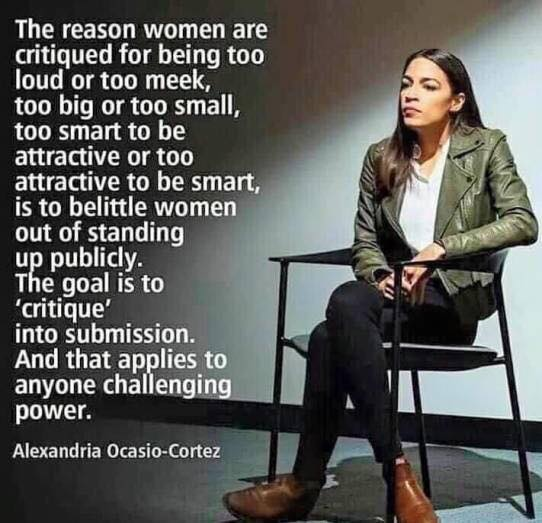