Big News: One of Our Favorite Social Media Tools Is Now Free

What CrowdTangle Shows Us

What makes CrowdTangle unique is that it measures posts’ performance compared to other posts from that same account, rather than just looking at a hard number of likes or shares on a post and comparing that to a page of a different size. So, we now have a great way to identify successful content from groups like Women’s Action for New Directions, which has just over 2,100 “likes” on Facebook, as well as Global Zero, which has 54,000 “likes” – as well as measure how much better the post is performing for that page. CrowdTangle simply reports that a post has garnered more likes or shares as a percentage better than a typical post from that page.
But beyond highlighting what posts are doing well, we can also identify what these top-performing posts have in common. This helps us learn from successful content and apply those lessons to content we continue to create. For instance, much of the content we see over-performing includes compelling graphics or videos, making the subject matter of the posts much more engaging.

Ways to Use CrowdTangle:

We will follow up with individual blog posts about the best ways to search on CrowdTangle, but some of the things you can look for include what content is over-performing:
Here are other top use cases for nonprofits.

Let’s look at how some of our democracy organizations’ content performed over the past 24 hours to identify what content did well around the first of the Senate confirmation hearings.
First, I built a CrowdTangle list of the groups we work with. Then, I chose my time period (24 hours) and selected the over-performing option. I’m looking at “all posts” to see all of the links, images, and videos that rise to the top, but in theory, I could filter by the type of content. Here are some of the top posts that pop: 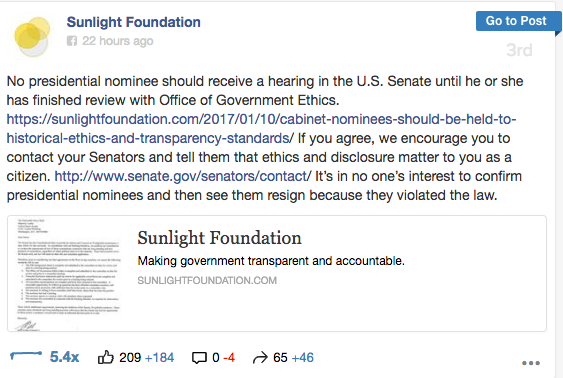 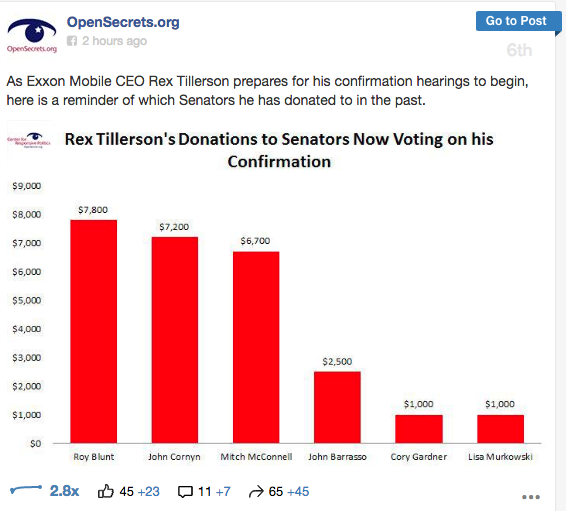 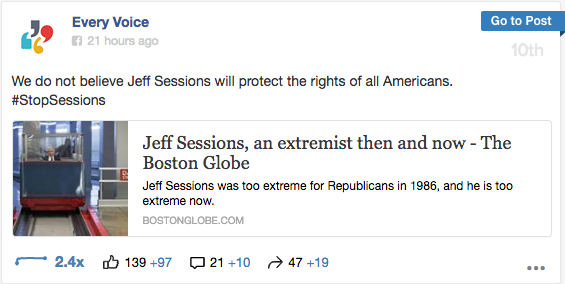 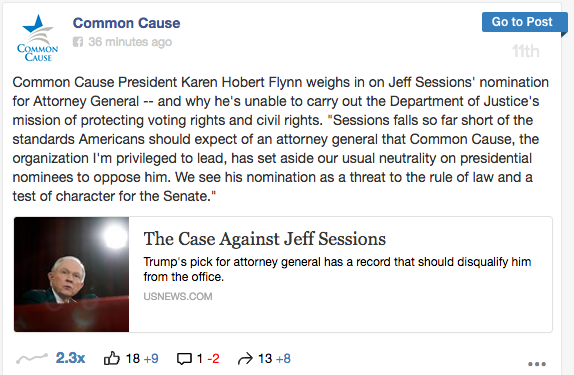 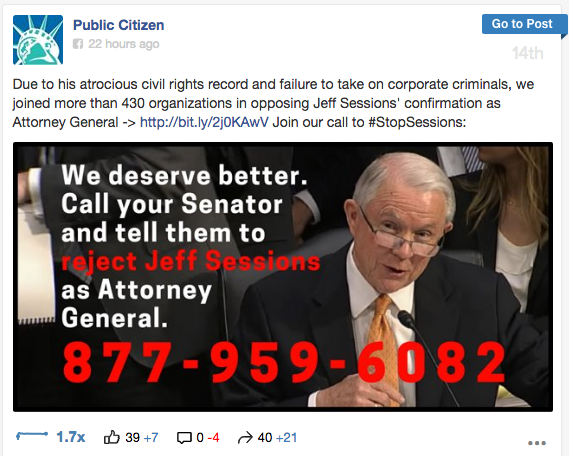 What these posts have in common:

What other takeaways do you have about these top posts?

Stay tuned for upcoming blog posts (and trainings for our members) further detailing how to use CrowdTangle and our favorite tricks we learn along the way. But in the meantime, sign up for the tool and take advantage that it is now F-R-E-E to you!
How do you use (or how are you excited to use) CrowdTangle? Tweet to us @rethink_media and let us know.