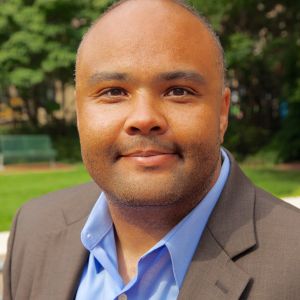 Burt Edwards
Director of Programs
Nov 16, 2022
Nonprofits should get ready now to respond quickly and effectively to ongoing turmoil on Twitter.

It’s hard to put into words the scale of turmoil seen in the weeks since Elon Musk acquired Twitter. News of massive new system changes and policies fill the headlines daily, key moderation and platform stability staffers have been let go, and waves of high-profile account impersonations have unsettled users. A recent viral tweet by the Washington Department of Natural Resources musing that, "[t]he Twitter wildfire is at 44 billion acres and 0% contained," captured the uncertainty and exasperation felt by many across the Twitter-verse.

Yet, while offered as a metaphor in jest, the communications framework (Ready, Set, Go) used by many government agencies for advising the public of rapidly evolving potential wildfire dangers can equally provide a useful decision-making framework for nonprofit organizations in responding to current instability on Twitter.

As documented in volumes of research, simple and easy-to-understand messages are critical to effectively communicating messages and information in a time of crisis or heightened emotion. That's why so many public safety agencies across America use a Ready, Set, Go alert system to inform the public of the potential need to quickly respond in a natural disaster or other rapidly evolving dangerous situation.

In the first stage, members of the public are prompted to "Get Ready," for later action through pre-planning and discussion with family members. Similarly, organizing conversations at your nonprofit with leadership and key spokespeople on what a Twitter exit (either completely or partially) plan might look like is an important first step.

At the "Get Set" stage, members of the public are urged to be ready to put any plans developed in the previous phase in motion at a moment's notice. The ability for an issue or topic to quickly trend or explode on Twitter is one of the reasons the channel has become so popular with community advocates, journalists, and policymakers alike. Unfortunately, the combination of reduced moderation and platform safety staff has made Twitter an even more volatile place now.

All of the stages of the Ready, Set, Go process present difficult choices in a bite-size system designed to help people make a difficult decision in a highly chaotic, charged, and emotional atmosphere. The ultimate ‘go’ phase is no different.

Hesitation, doubt, and uncertainty are natural in any major change and a decision to leave or move away from Twitter or any major communication channel initially will be difficult. But trust your planning and give yourself some grace. In a rapidly evolving situation, with incomplete information, there will be unexpected challenges, but also unforeseen opportunities to explore as well.

If there's anything that can be counted on in the weeks ahead, it's that the unexpected has become the norm and institutional and active Twitter users should be prepared and ready to adapt. We'll be writing with additional thoughts and guidance as the situation evolves. We also welcome additional suggested resources, strategy tips, analysis, and insights from other nonprofit communicators and social media experts looking to share.

New Year, New Me(dia): Making your media mark in the new year
Dec 15, 2022
Is Twitter Crumbling? 5 Key Tips for Advocacy Orgs
Nov 17, 2022
New strategies for drawing attention to your research report or memo
Oct 3, 2022
Takeaways from Kansas
Aug 3, 2022
Did Twitter Just Kill the Social Media Toolkit?! Try This Strategy Instead
May 13, 2022
Subscribe to our blog