Jul 20, 2017
Analysis and review of the social media conversation surrounding the first meeting of Trump's so called "election integrity" commission.

Yesterday, Trump’s election commission, led by Vice President Mike Pence and Kansas Secretary of State Kris Kobach met for the first time. Throughout the day, voting rights groups were active on social media to offer live reactions to the meeting and pushback on efforts to restrict the right to vote. Below are some of the top performing posts and analysis.

#RespectMyVote was the hashtag the community used, which went viral nationally, at one time reaching number #3 and was on the top 10 list throughout the day. 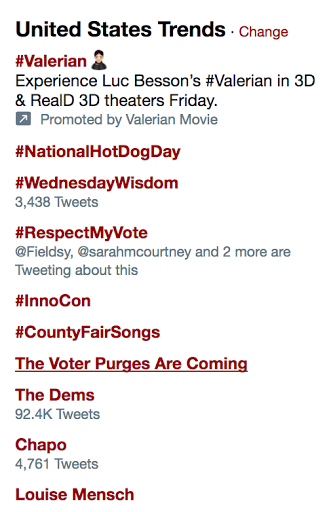 Twitter was the dominant platform where #RespectMyVote was used with nearly 115,000 mentions on July 19, 2017 and peaking around 11:00 AM at the start of the commission meeting. The hashtag had little presence on other platforms like Facebook, Snapchat, and Instagram, highlighting the need to integrate other platforms so we can reach wider audiences.

Among other hashtags and words associated with the Pence-Kobach commission, #RespectMyVote beat out all others, showing the importance of coordination to help drive your narrative to a wide audience.

The Lawyers' Committee for Civil Rights Under Law had the top performing organizational post, which offered some insider knowledge to the #RespectMyVote rally and live video. 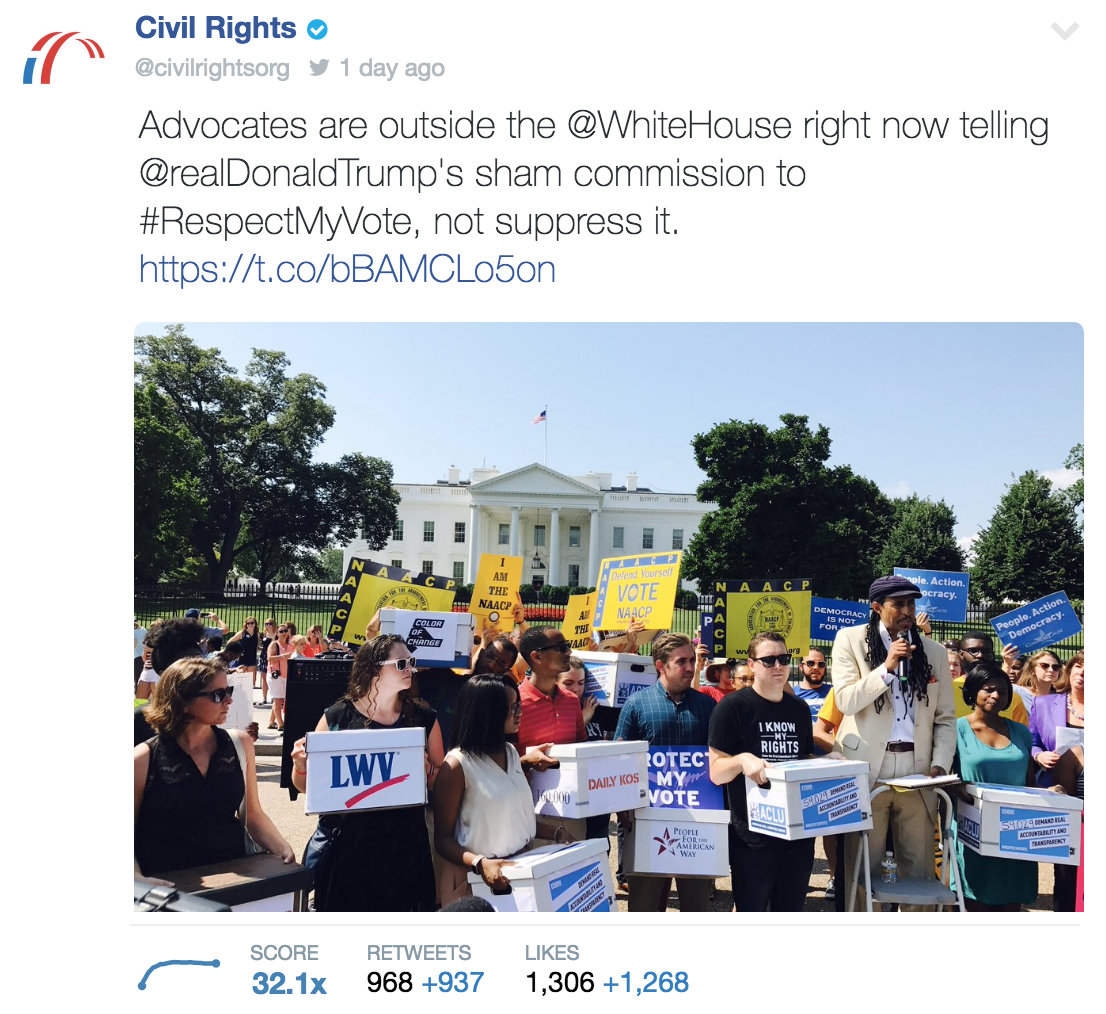 This tweet from Common Cause Texas makes the audience feel like they are in the room where it happens.

Brennan Center's tweet offers real-time analysis to something said during the meeting. 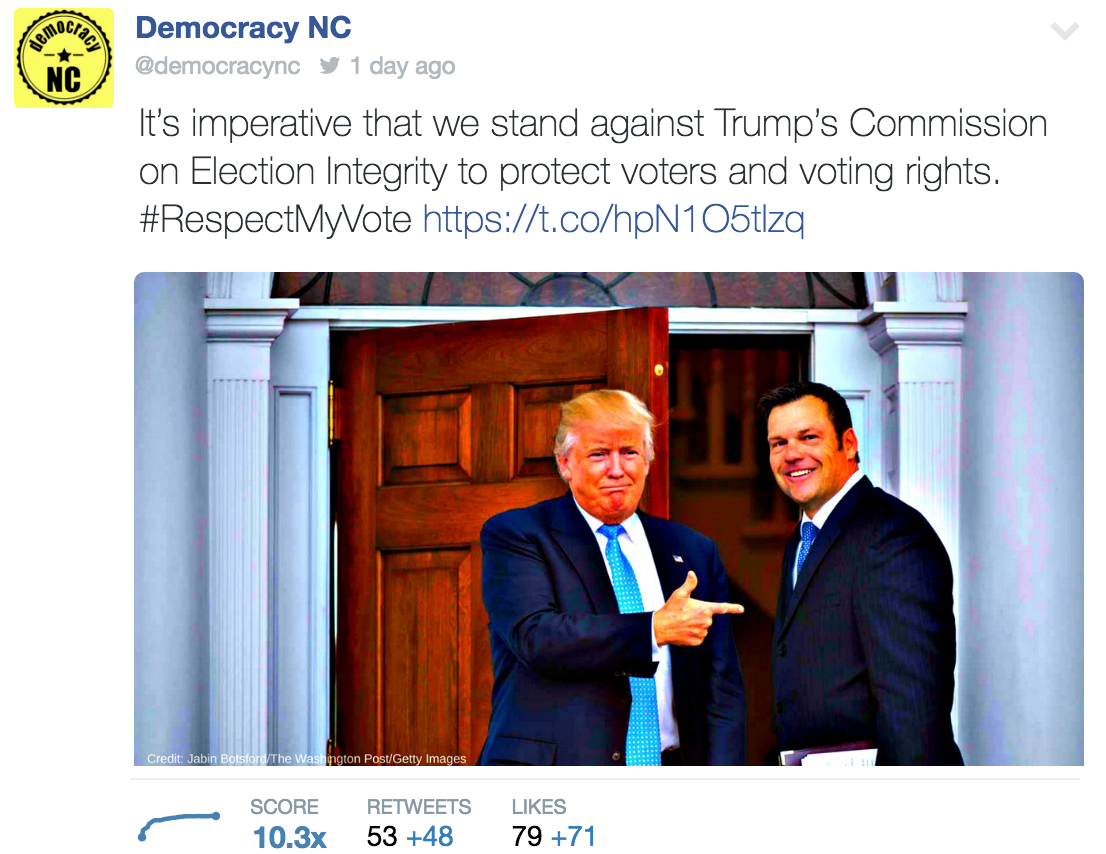 What do these posts have in common?

By far the top performing post from the voting rights community was a tweet from the Leadership Conference for Civil and Human Rights' President Vanita Gupta, which blew all other posts out of the water and the title of her New York Times Op-Ed, "The Voter Purges are Coming" trended at one point (see Twitter trends image above). Not only was the op-ed timely, it shows the importance of have a multi-pronged approach to your communications strategy.

What were some of your favorite social media posts and reaction's to the commission? Tweet us your thoughts at ReThinkDemocrcy! We were able to do this analysis through two products: Sysomos and CrowdTangle (which is free!).