Dorry Levine
Director of Communications
Oct 8, 2020
Here are some of our favorite resources that have implications for how all of us can make our voices heard

While last night’s vice presidential debate offered more opportunities for candidates to speak about the issues—ahem, clearing a *very* low bar set by the presidential debate a week prior—there were still many gender dynamics at play for how women are expected to speak in politics and how they are treated in return. There are even more hurdles to clear when a candidate (or expert or spokesperson) is a person of color.

To start with, Media Matters catalogued the onslaught of racist and sexist tweets lobbed at Sen. Kamala Harris—including criticizing her facial expressions. (The Daily Show’s response is pretty perfect.)

But many women cheered for Sen. Harris asserting her right to speak, interjecting, “I’m speaking.”

“This should be a 101 taught to all young girls,” added screenwriter Elizabeth Hacknett.

“When I think about how many minefields Senator Harris had to avoid—traps set only for women, and particularly women of color, in debates—I realize that Harris' performance tonight was truly masterful,” tweeted columnist Seth Abramson.

And if you think this is only a problem for Sen. Harris… 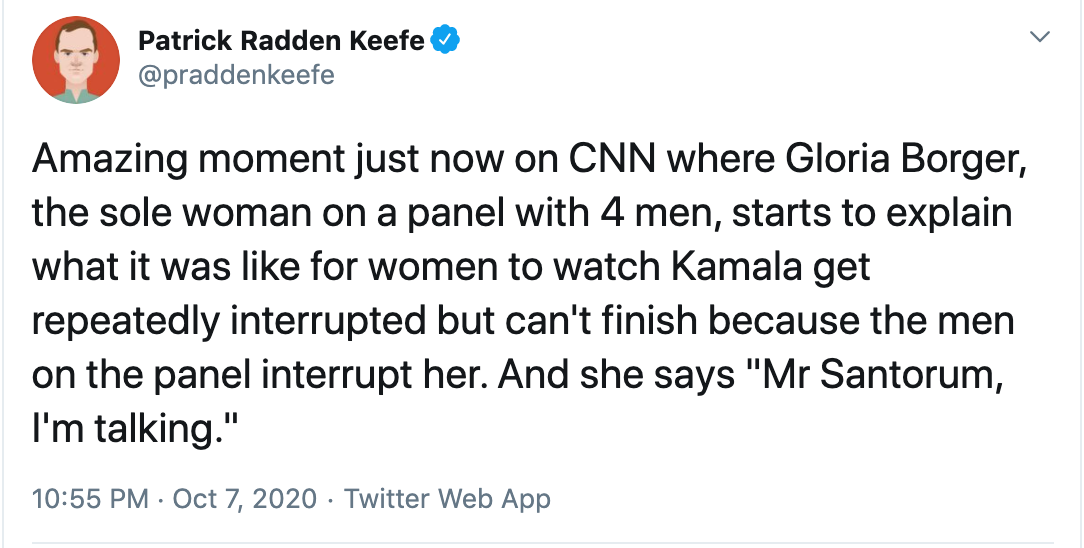 Really, just watch the video for the full irony.

What We’re Doing About It

ReThink began offering its signature spokesperson training to some cohorts of entirely female-identifying women last year to address these dynamics and strategize the best ways to combat them to ensure that everyone’s voice can be heard. This training includes sessions on gender traps in communications, self-awareness and how you are perceived, and overcoming imposter syndrome.

As we keep reiterating, who gets heard matters when it comes to reaching new audiences and building a powerful and lasting constituency for change.

As we continue to refine our women spokesperson trainings, we also wanted to share some of our favorite resources we saw people circulating last night during the debate that have implications for how all of us can make our voices heard. 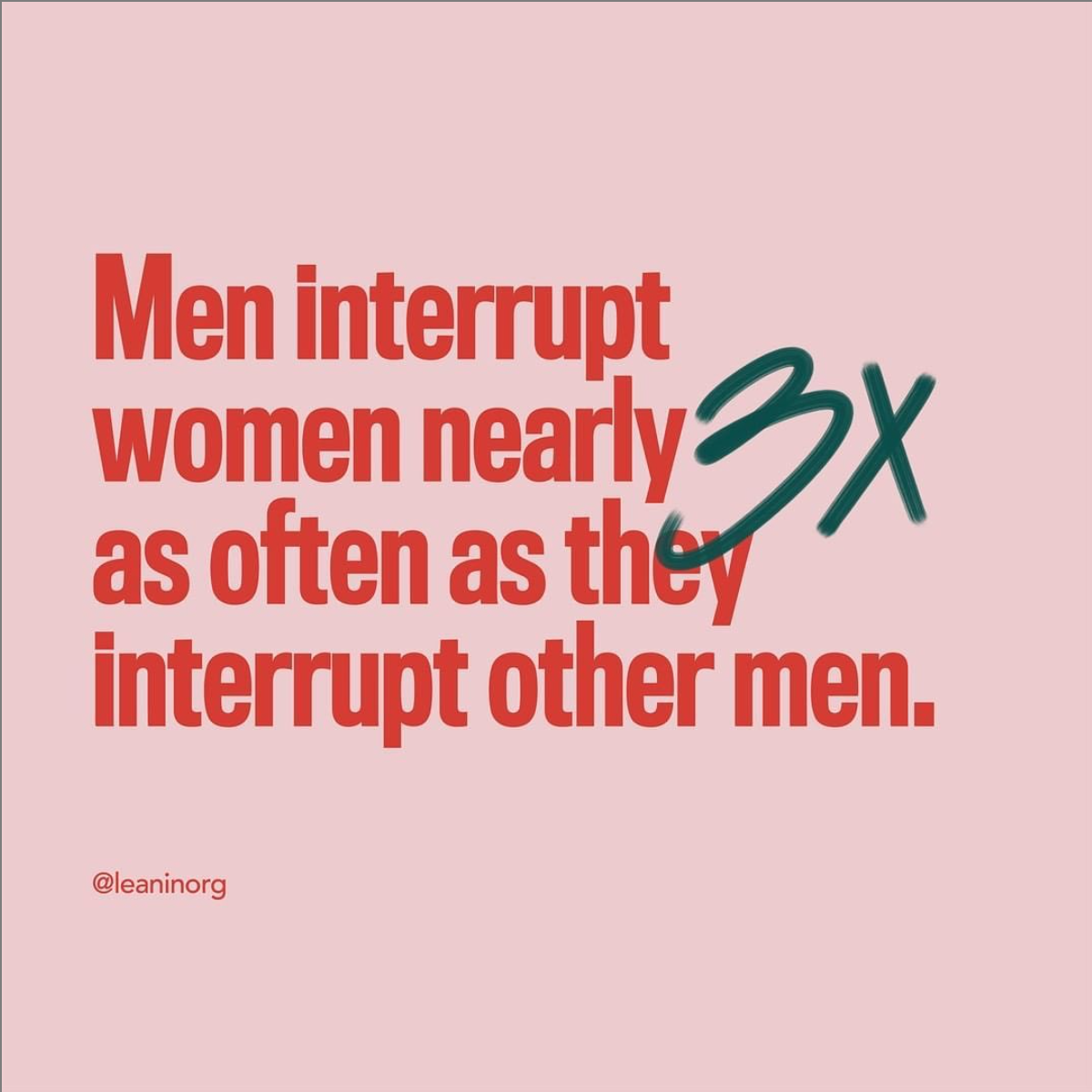 The caption read: “If you ever witness a woman being interrupted as often as Senator Harris and Susan Page endured tonight, here’s what you can do to combat this pervasive behavior in the workplace: Speak up! You might say, ‘I’d like to hear the rest of [Name’s] thoughts’ or ‘[Name] raised an important point. I’d like to consider it further before we move on.’

And if you’re the one being interrupted, channel the confidence of Senator Harris and confirm, ‘I am speaking.’”

From the Barbara Lee Family Foundation:

This research memo, written originally in 2016, details the likability and electability issues facing women in politics. It discusses how women should talk about their accomplishments and take credit for their work while still coming across as “likable”—dynamics much less at play for male candidates. 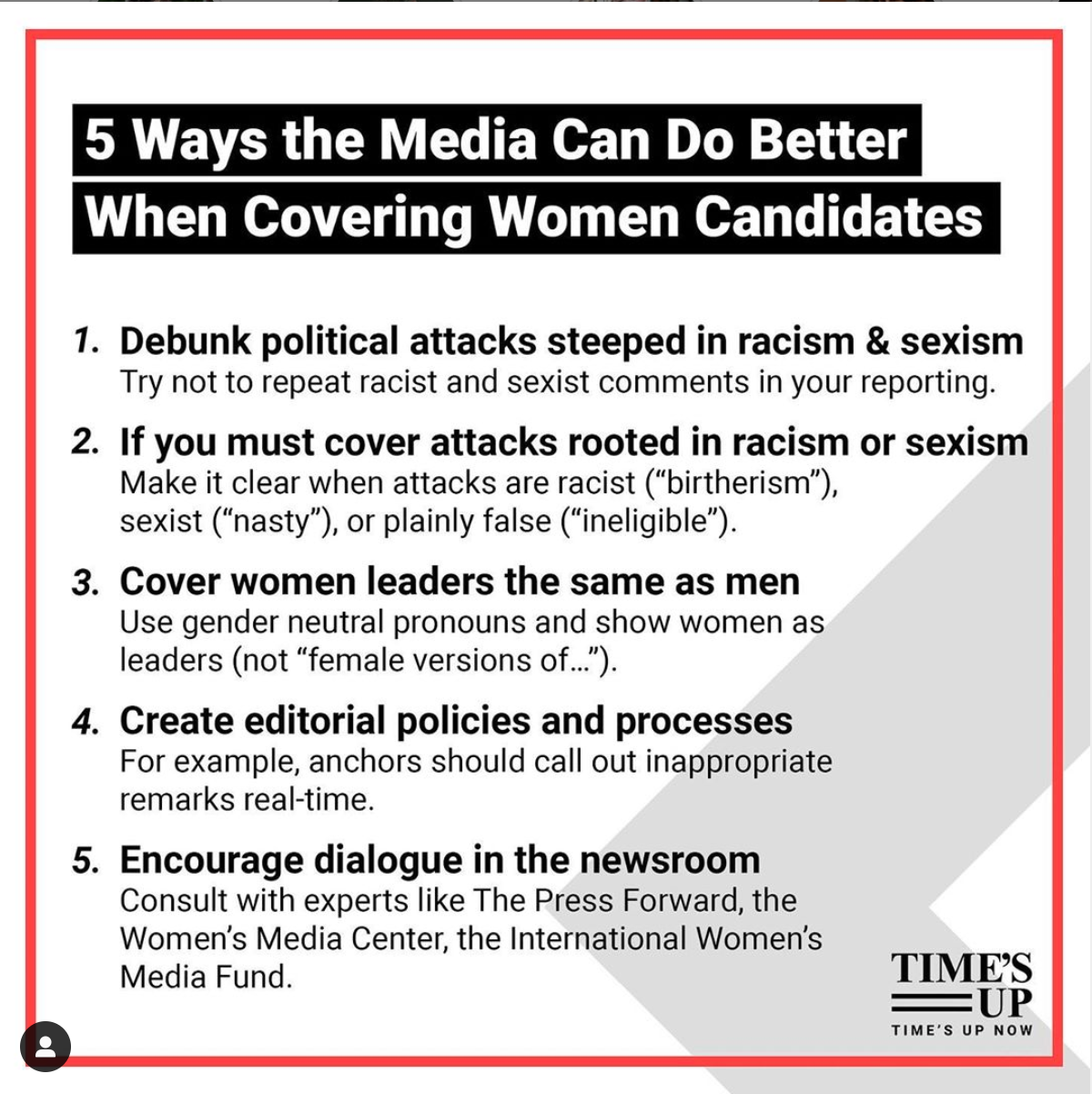 The caption read: “Our latest report analyzing media coverage of the announcements of vice presidential candidates in 2020 & 2016 found what we’ve all observed to be true: When women, and especially women of color, run for office, they are subjected to a double standard that has nothing to do with their qualifications and everything to do with this country’s history of sexism and racism.

It’s time for women to be judged on their merits — and for the media to take a critical look at their biased coverage.

And finally, when we’ve all had enough, we fill our mugs with coffee to muster the energy to fight these dynamics (especially when 20% of the proceeds go to the ACLU’s Voting Rights Project). Bonus points if you hold this mug up during your meeting. 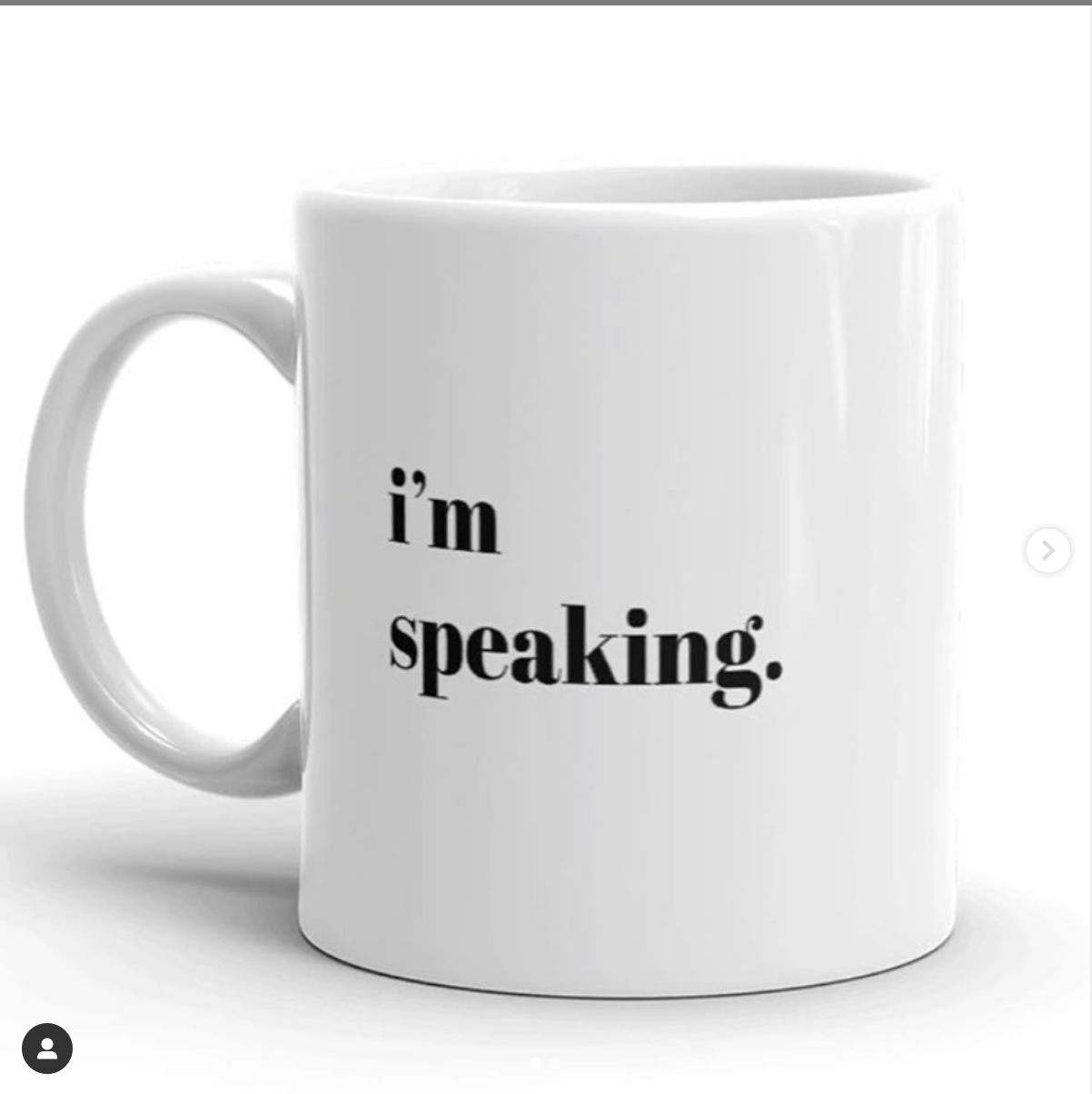