New strategies for drawing attention to your research report or memo 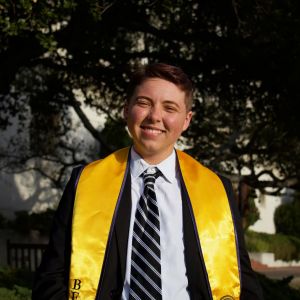 We’ve blogged about this before (and those recommendations are still relevant!) but there are some new, key insights and top tips that you should consider.

In ReThink Media’s recently updated training on publicizing and promoting your research products, we emphasized how critical it is for communicators and researchers to collaborate throughout the process, from the report’s conception through its publication and promotion. One attendee shared this key takeaway at the end of the training:

“The importance of a comms shop's involvement in the research and reporting process as early as possible. As the department [that is] often tasked with releasing the report and drawing in eyeballs, this makes complete sense, and validates a feeling I've had for some time -- thank you for articulating this point!”

Read on for more best practices on marketing your report, memo, or microsite.

BEFORE YOU START YOUR REPORT

Start with a Strategic Goal

Before releasing any sort of research or policy product, start with a clear strategic goal in mind. If you work at an advocacy organization, chances are you want to shape policy agenda, move public opinion, persuade decisionmakers, or otherwise shift the narrative around important issues. Focus on what aspect of your goals is most important and how exactly your research could move towards accomplishing them.

Next, consider how the research project will fit into your communications plan. Throughout this process, the researcher in charge of writing the report should work hand-in-hand with whoever will handle pitching and marketing the report. Make sure that your report’s release is in alignment and not competing with any of your organization’s other communications projects; similarly, avoid scheduling the release on a date when you know getting coverage will be tough (e.g., choosing Election Day to put out a report that has nothing to do with elections).

Once you know your audience, ask yourself: What is my target audience reading or watching?

Everybody wants an A1 story in the New York Times or the Washington Post—and in some circumstances, it could make sense to aim for these big papers—but that’s not always realistic. Oftentimes, a more focused approach is most effective. Take the example below, which features research compiled by Accountable.US:

This story—placed in the hometown newspaper for Eli Lilly’s corporate headquarters—is a great example of strategic placement. You can bet the executive suite, as well as many Eli Lilly workers, read this story and talked about it.

In addition to local news outlets, trade journals can be a great way to reach a specific audience. For example, the Brennan Center for Justice has promoted its vital research on secretive spending on state judicial elections with an op-ed in the ABA Journal—a smart way to target attorneys and the legal community. By targeting a publication like the ABA Journal, you are directly appealing to people with skin in the game for the legal industry.

Targeting trade journals means that you’re targeting the people who are most invested in your issue. It also means coverage among experts in the field. This sort of exposure can lead to knock-on benefits when experts decide to write opinion pieces after seeing your report in a trade journal.

While Writing and Editing Your Report

Common Cause recently released a report, “The Paid Jailer,” which gets straight to the point right in the subhead—”How sheriff campaign dollars shape mass incarceration.” So maybe you don’t really care about money in politics or sheriffs’ elections, but wait—you DO care about the obscene number of Black and brown people this country locks up. So now you’re interested … what’s this report all about?

Identify the problem and provide a solution

The Paid Jailer report does a great job of this. The authors lay out three recommendations for policymakers to address the problem of sheriffs with huge conflicts of interest when it comes to their campaign donors.

The Paid Jailer is actually a joint production from Common Cause and a group called Communities for Sheriff Accountability. By partnering with other organizations, you can expand the reach of your report and allow each organization to leverage their own media relationships and resources.

Make it easy on the eyes

Think about the graphic design of the report. It doesn’t have to be fancy to make an impact, but you do want it to be easy and engaging to read. Generally, if it looks like an academic paper, only academics are going to read it.

We also encourage folks to not stop at simply creating a PDF. Going the extra mile and adding your report to your website makes for better reading on mobile devices and provides greater accessibility.

Make it relatable and shareable

One common misstep between the drafting and release of a report is forgetting about shareability. Your report can present the most important data in the world and be hyper-directed at the ideal audience but still struggle to be received if it is too dense or hard to understand.

Admit it. You have no real feeling for the size of the solar system. That’s O.K. Nobody else does either. Even knowing the numbers doesn’t help much. If I tell you the Earth is about 8,000 miles in diameter and 93,000,000 miles from the Sun, does that give you any sense of the distances involved? No, because the numbers are too big.

The truth is that nobody grasps big numbers very well. Instead of giving your readers raw data, give them visualizations they can grasp. Graphics, allegories, and non-numerical examples can go a long way to explain your point.

Also, social sharing is much more appealing if the report is relatable. Try to package your data in a way which is easy to present in short form and comprehensible by an ordinary person on the first read. Now, this is easier said than done, but a great way to grasp what works is to look at what’s out there. What reports are gaining traction in short form media posts, and how are they presenting the information? Below are two recent posts that boil down information in a comprehensible, relatable way.

According to a new report by the Congressional Budget Office, the poorest 50% of Americans hold 2 PERCENT OF THE WEALTH.

A @BrennanCenter survey found that nearly 2 in 3 election officials believe false information has made their jobs more dangerous. Election disinformation is a big problem for our democracy. Learn more about the challenges election workers face ⬇️ https://t.co/fz2d7gW0MI

As you create your rollout plan

Your communications plan for rolling out your report or memo can include tactics like embargoes/exclusives with key reporters, news conferences, news releases, op-eds and social media toolkits. (Don’t miss our recent blog post on how to retool your toolkits to address Twitter’s new ban on “copypasta.”)

Here is a new one to think about: Twitter Spaces, which we discussed in a blog post last fall.

ReThink’s Peace and Security team recently worked with one of our partner organizations to promote a new report on nuclear famine. A few weeks before the report’s release, ReThink pitched a reporter with an embargoed copy, and the reporter was so interested in the findings that they hosted a Twitter Space and Twitch stream with the report’s authors.

Matthew Gault (@mjgault) of @motherboard highlights that a nuclear war would not, despite popular belief, kill the global population. Billions around the world would face unprecedented starvation as outlined in the new IPPNW report: https://t.co/2ulsAS6tsJ https://t.co/IwQIKRTqbm

They also repurposed the Twitter Space into a podcast, which is another great outreach tactic.

TikTok can be an option as well, especially if you want to reach younger audiences. (Earlier this year we shared our tips for using TikTok effectively as an advocacy organization.) We love how the National Women’s Law Center has turned their recurring State of Abortion Access reports into a TikTok series (check it out here).

In addition, if you have the resources for it, consider adding digital ads to your budget. Ads don’t have to be a massive endeavor or a huge spend. If you have a specific audience that you’re focused on—for example, Capitol Hill staffers—get creative with geotargeting to get your report in front of them. You may also want to consider bidding on search ads.

Be a relentless self-promoter. Share your organization’s work broadly via listservs and with one-on-one, personalized asks to your network—and make it easy for them to share with a link to retweet or sample Tweet language.

Keep lifting up your work as relevant stories break. After the New York Times ran a story about a conservative donor’s secretive $1.6 billion gift to Leonard Leo’s network, True North Research jumped all over it, pushing out a backgrounder memo on the donor.

Here's my recap of what we know about Seid, the guy who made Leo an overnight billionaire in the trafficking of dark money: https://t.co/3FdGn1R3Ln

Are there any other tips you have found useful when rolling out a report? Join the conversation and tweet them to @ReThink_Media!