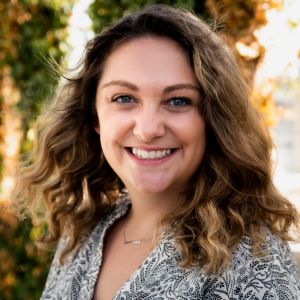 Allegra Harpootlian
Communications Manager, Peace & Security
Nov 27, 2018
How to assess where the public is at on our issues

In the last two weeks, we discussed how the polls performed during the midterms, putting into practice our recommendations on  what to pay attention to when evaluating a new poll and how to interpret polling of underrepresented communities. With that foundational understanding of polling under our belt, we now turn to actually using public opinion data in your media work.

In order to incorporate polls into a strategic communications strategy, we must start by assessing the public opinion landscape of the issue we are working on. This entails four basic steps:

How do attitudes vary across demographic groups? Look for and make note of correlations between attitudes and positions on the issues and race, gender, age, partisan affiliation, ideology, region, etc.

How have opinions or attitudes changed over time?

Is opinion “hard” and established or “soft” and shifting?

What are the key factors that shape people’s attitudes? The stronger the correlation between views and a particular demographic characteristic (age, partisanship, religion, etc.), the more likely it is to play an important role in shaping people’s views.

So what does this actually look like in practice?

To illustrate the process of assessing the public opinion landscape, let’s look at a recent example from our Peace and Security Collaborative.

Anyone who works on US use-of-force issues knows that polling about Americans’ views on war and peace is limited at best. Even though we’ve been fighting the so-called “war on terror” for almost two decades, beyond a few frequently-asked questions (e.g., “do you think the US made the right decision or the wrong decision in using military force in Iraq?”), pollsters rarely probe attitudes on American military involvement abroad. So, when Brown University’s Costs of War Project asked ReThink to help them discern where the public sat on US counterterrorism in Africa before launching their new initiative focusing on just this, we weren’t sure where to start.

While the US is bombing eight countries and has troops deployed in over 40% of the world, the majority of polling done by powerhouses like Pew, YouGov, and Gallup has focused on people’s views on domestic issues. The exception to this tendency is when a major world event happens, like the ambush of four American Green Berets in Niger. So that’s where we started. Then we found polls that asked general questions about US foreign policy, terrorism, and national security decisions.

But we also saw an interesting trend arise when looking at how various demographic sub-groups responded to the same questions, most notably a gap between younger and older respondents. Adults under 30 were much less alarmed by the potential threats facing the United States. Therefore, they were much less likely than older generations to embrace military intervention, military activism, or believe in American exceptionalism. This makes Millennials a prime target audience to engage with on limiting US counterterrorism activity in Africa.

Our polling analysis showed that a war-weary public, an unstable Commander-in-Chief, and a new generation of adults that is more progressive and diverse than those before it all suggested opportunities to draw public attention to US actions in Africa. Then the question became: how do we use this data to inform our communications strategy?

The data told us that that Millennials and Generation Z are more tolerant, more diverse, less trustful of major institutions, and less inclined to believe in American exceptionalism than any generation before them. Armed with this knowledge,  we realized that to get young adults to mobilize over US actions abroad, our groups need to connect them to other issues that matter to them, show how it’s affecting marginalized communities, and explain what can be done.

If young adults are not prioritizing US use-of-force abroad, it is not because they are apathetic. They are actually highly engaged on tons of issues, just not ours, at least on the surface. Overwhelmingly, Millennials are interested in causes/social issues relevant to quality of life for the greatest part of the population. Past polling (pre-2016) showed that Millennials not only engage with issues based on personal experiences, but also with causes that impact minority, marginalized, or disenfranchised groups or people—regardless of any direct benefit to themselves. This is a generation that is most interested in causes that promote equity, equality, and opportunity.

Finally, when we looked at polling on what young people value generally, we saw that they value diversity, openness, and acceptance, which is one reason why only 2% agreed strongly with Trump’s “shithole” comments, compared to 12% of the general public and 17% of respondents over 45. Likewise, 68% of Millennials disagreed somewhat or strongly with the President’s comments, compared to 58% overall.

While the data presented above might not “prove” Millennials would be interested in peace and security issues, it does suggest an opening. To take advantage of this moment, we recommended that Costs of War try to reach Millennials by meeting them where they already are—podcasts, digital-first outlets like Buzzfeed and The Outline—and to then connect issues like the US drone war in Africa to the shared values they prioritize, like racial justice, anti-imperialism, and rule of law.

Don’t forget to stay tuned for our next two posts, where we’ll go into more detail about how to use public opinion research to inform your media strategy and how to incorporate polls into your everyday media work.