Skip to main content
Board and Advisors
Sahar Aziz 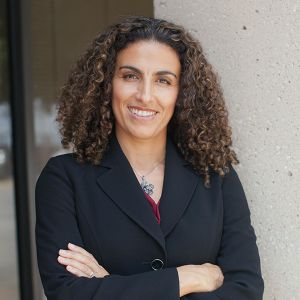 Sahar is a Professor of Law and Middle East and Legal Studies Scholar at Rutgers University Law School. Her scholarship examines the intersections of national security, race, and civil rights with a focus on the adverse impact of national security laws and policies on racial, ethnic, and religious minorities in the U.S. She is the founding director of the interdisciplinary Rutgers Center for Security, Race, and Civil Rights. Her academic articles have been published in the Harvard National Security Journal, Nebraska Law Review, George Washington International Law Review, Penn State Law Review, and the Texas Civil Rights and Civil Liberties Journal. Her book "The Muslim Menace: The Racialization of Religion in the Post-9/11 Era" is forthcoming with Harvard University Press. Prior to joining legal academia, Sahar served as a Senior Policy Advisor for the Office for Civil Rights and Civil Liberties at the U.S. Department of Homeland Security where she worked on law and policy at the intersection of national security and civil liberties. ReThink began working with Sahar in 2010 and we have pitched her to the media on many occasions relating to her expertise, as well as worked with her in broadcast training