Skip to main content
Board and Advisors
Sapreet Kaur Saluja 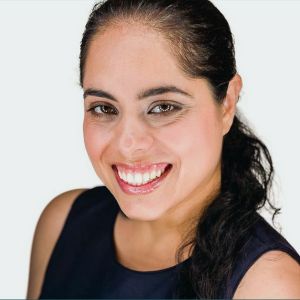 Sapreet joined Girl Scouts of the USA (GSUSA) as chief fund development officer in October 2017 and is currently the chief strategic partnerships and new ventures officer. In this role, she leads strategies that support the organization’s partnerships and fundraising efforts. To date, she has helped launch four major initiatives that will extend Girl Scouts’ reach and its impact on girls and young women nationwide.

Prior to her role with the GSUSA, Sapreet served as the executive director of the Sikh Coalition, an organization that safeguards the civil and human rights of all people. There, she worked closely with ReThink on crisis communications and on building the communications expertise of her staff. She was a member of the Sikh Coalition Board of Directors prior to her staff role, strengthening the organization’s community engagement and its capacity to meet needs around advocacy. During her tenure, the Sikh Coalition’s budget and full-time staff tripled, resulting in the largest and most impactful Sikh civil rights organization in the U.S.

Sapreet served in the Peace Corps in Uganda and Kenya from 1998 to 2001. She is a graduate of the New York University Stern School of Business with a dual degree in marketing and international business.